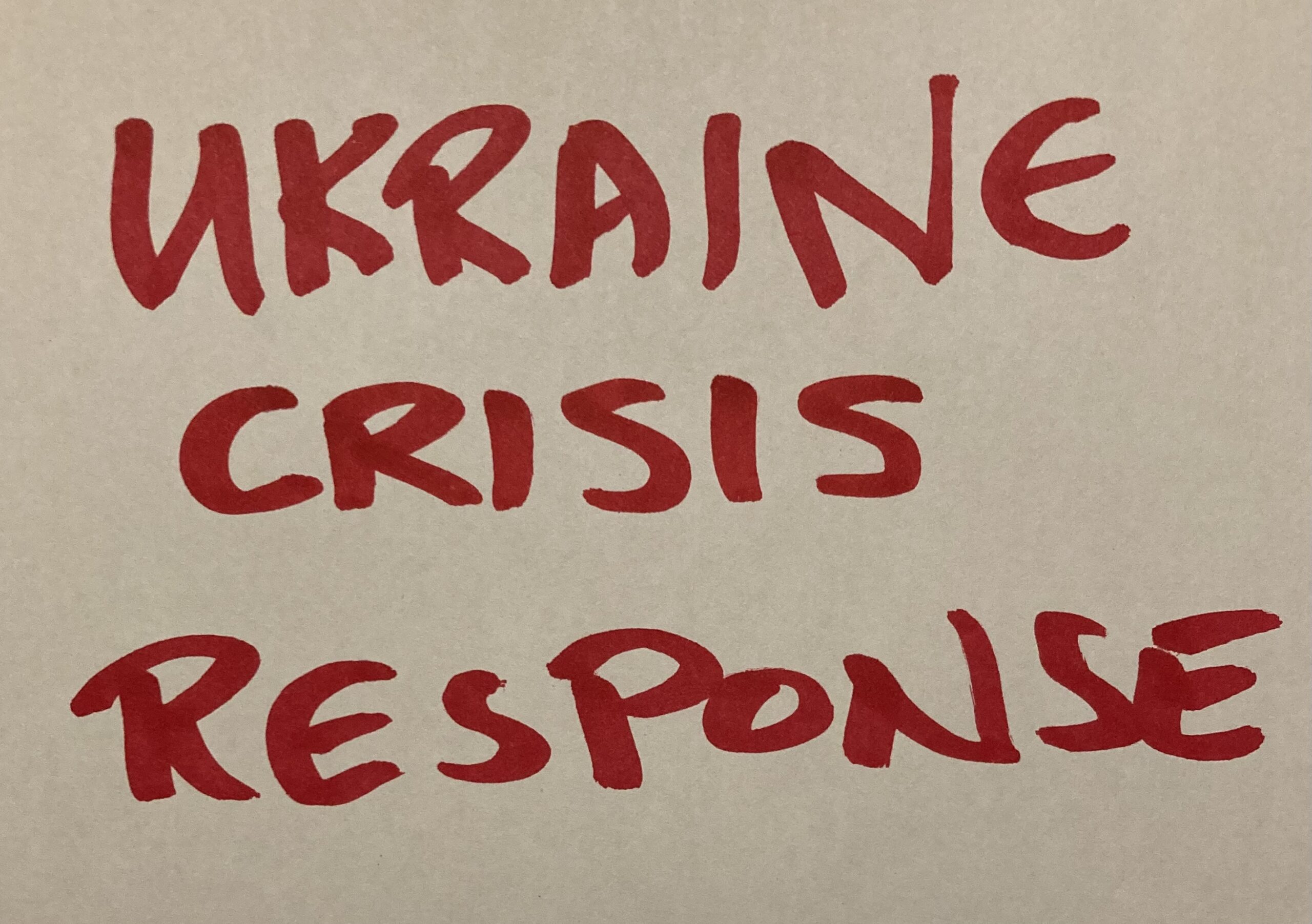 The harm inflicted on Ukraine by Russia is horrific. And it is deeply impacting Ukraine’s people who are fleeing for safety by the millions into neighbouring countries and beyond.

We need to do everything we can to help.

As we do, keep the following in mind, and take appropriate action.

In response to the now more than 3 million Ukrainians who have fled their country into Poland, Romania, and other neighbouring countries, the Canadian government introduced the Canada-Ukraine Authorization for Emergency Travel.

This special measure “offers Ukrainians and their family members free, extended temporary status and allows them to work, study and stay in Canada until it is safe for them to return home.”

As perfectly appropriate to the situation this is, it is an extraordinary, unprecedented offer by Canada to a population that is forcibly displaced.

I sincerely hope this is the way of the future – a timely, open-door response that fast-tracks people from forced displacement to safety with few barriers in between.

Until now, Canada’s refugee resettlement (Government Assisted and Privately Sponsored Refugees) programs have been used to provide a permanent home in Canada to over 73,000 Syrians since that war started in 2015.

The same mechanisms have been used to resettle about 9000 of the promised 40,000 Afghans since last summer.

For asylum seekers who get to Canada on their own initiative often at great cost and risk, they access Canada’s inland refugee determination system with its offer of refugee protection.

To date, prior to the Canada-Ukraine Authorization for Emergency Travel, forcibly displaced people found their path to safety in Canada through programs adhering to the 1951 Convention Relating to the Status of Refugees.

Why, then, this unprecedented offer to Ukrainians that bypasses the refugee convention?

One rationale is based on the belief their stay will be temporary; Ukrainians will want to return home once the war is over.

While the Canada-Ukraine Authorization for Emergency Travel is celebrated and already in use to offer Ukrainians safety, it also raises equity concerns.

Of the 48,014 people whose claims for refugee protection were finalized in Canada in 2021 by the Immigration and Refugee Board of Canada, 92% were non-white, non-caucasian. They were from Asia, South and Central America (and Mexico), Africa, and the Middle East.

People currently in Canada’s refugee protection system – who have faced war and persecution like Ukrainians, who were once asylum seekers taking great risks to get to Canada’s safe borders, who have struggled through the complexity of being a refugee claimant with its uncertainty and waiting – are seeking to make sense of their story and situation in light of what is being offered Ukrainians.

Protected persons in Canada waiting to be reunited with their families from overseas, Afghans promised refuge in Canada yet still not here, and people in refugee camps waiting for their sponsorship applications to be finalized may also be seeking clarity.

Action you can take: for every displaced Ukrainian you can and should support – whether you are providing housing or giving financial assistance – give equal or more support to a refugee claimant currently in Canada’s refugee protection system.  Donate Now