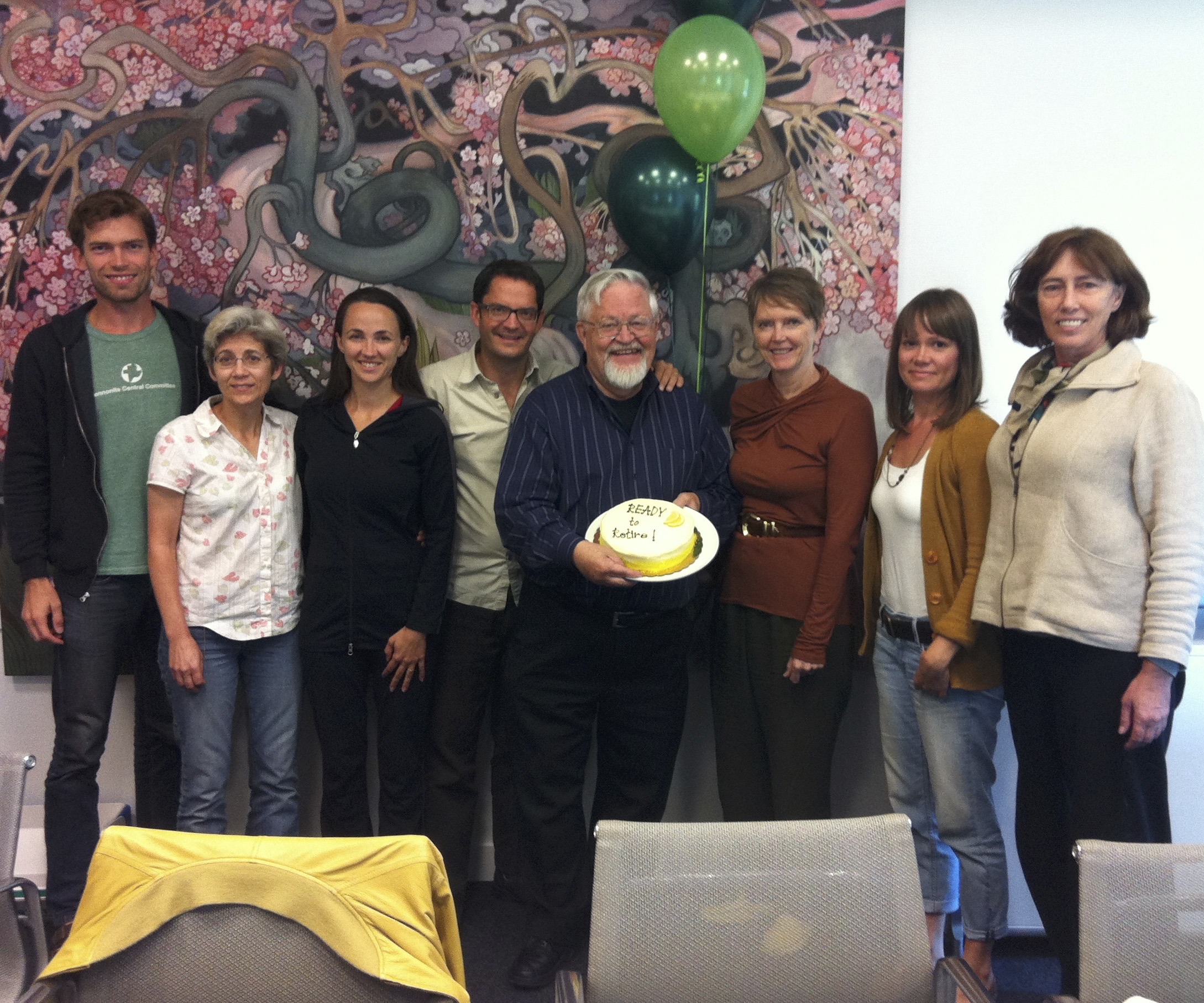 I first met Layne in 1999. My partner Tama and I had recently launched the Kinbrace community and I was looking for mentors. I’d heard about Layne, this Baptist pastor who had, by then, served as a decision-maker Member with the Immigration and Refugee Board of Canada (IRB) for many years. I wanted to learn from someone who had such incredible experience. It would help Kinbrace better support refugee claimants.

As I got to know Layne, his concern and care for people seeking refugee protection became increasingly clear.

Prior to joining the IRB, Layne founded the Vancouver Airport Chaplaincy in 1982, and returned to work there for the rest of his career. He had an easy-going approachable way about him, and personally assisted hundreds of refugee claimants arriving at the airport over the years to get shelter. He told me stories of driving newly arrived refugee claimants to apartment buildings, walking up and down the halls knocking on doors of people he knew until someone would take the newcomer in.  Layne was too nice to say no to. He was also nonchalantly fearless.

During that phone call, Layne said, “What refugee claimants really need is to get into a hearing room prior to their refugee hearings, so they can see the space, meet the staff of the IRB, and begin to learn about the refugee hearing process.”

A shiver went up my spine.

Hanging up the phone with Layne, I immediately called Lesley Stalker, a remarkable refugee lawyer who had recently become the Legal Representative for the UNHCR in Vancouver. Lesley was that lawyer who gave extra time with each each of her refugee claimant clients, drawing pictures of the hearing room and carefully explaining who would be at the hearing and what would happen.

In her new UNHCR role, Lesley was well-positioned to reach out directly to the IRB, and she proposed Layne’s idea of bringing refugee claimants into the hearing room for orientation.

Month after month, the three of us would gather at the IRB hearing rooms at 300 West Georgia with refugee claimants. After the IRB staff made their presentation, Layne would talk about refugee hearings as a former Member, telling what things Members look and listen for. His pastoral heart and easy humour put refugee claimants at ease. Lesley helped participants understand important legal information.

Over the years, under the leadership of Jamie Spray and Fran Gallo, and in collaboration with the IRB staff and partner agencies across the country, Ready Tours grew and replicated across Canada, providing thousands of refugee claimants with critical pre-hearing support.

Sophia Underhill led Ready Tours through massive change during the COVID-19 pandemic, as everything turned virtual. Now, Masi Allahverdi is the Ready Tours Organizer. Thanks to the Law Foundation of BC (LFBC), Ready Tours are guaranteed for refugee claimants (see the focus on Ready Tours in the LFBC 2021 Annual Report, pp 8-9).

Layne passed away on 15 July 2022 after a long battle with cancer.

His warmth, care, passion for justice, and deep concern for the wellbeing of refugee claimants lives on in the Ready Tour program.

A Celebration of Life in Layne’s honour will be held on Saturday, October 1st at 1pm. You are invited to join family and friends at Kitsilano Community Church, 1708 West 16th Avenue, Vancouver BC.

The family have asked that, in lieu of flowers, donations be made to support refugee claimants through Kinbrace. If you choose to donate, please dedicate your donation to Layne Daggett.